Dell are aware of the problem and provide a page (Here) detailing charging using the on-board Micro USB instead of through the normal method of charging from the tablet when connected, whereby you leave it charging for 30 minutes to jump start the system, and then reconnect to the tablet and fully charge normally. This doesnt however always work, often they have discharged below even the threshold that will allow this to revive the laptop.

The official advice at that stage is to send the Travel Keyboard to a Dell Service Center, who may repair, replace the battery or sell you a new keyboard.

That seemed like an expensive waste of time, so I decided to have a look and see if it was fixable. It is, and heres how to do it.

WARNNG: You could do irreversible damage by following any of the information on this page. Lithium Ion batteries are explosive, and mishandling, charging or shorting them can cause fire. You are obviously on your own if you try anything here. I offer no guarantees, however I have personally tried everything here and it all worked for me.

I either bent the pad as shown in the first image, or clipped onto an edge (being careful NOT to short circuit anything with the exposed parts of the croc clips) as shown in the second and then let the pair charger for 20 seconds, which jumped the voltage up to ~3V. 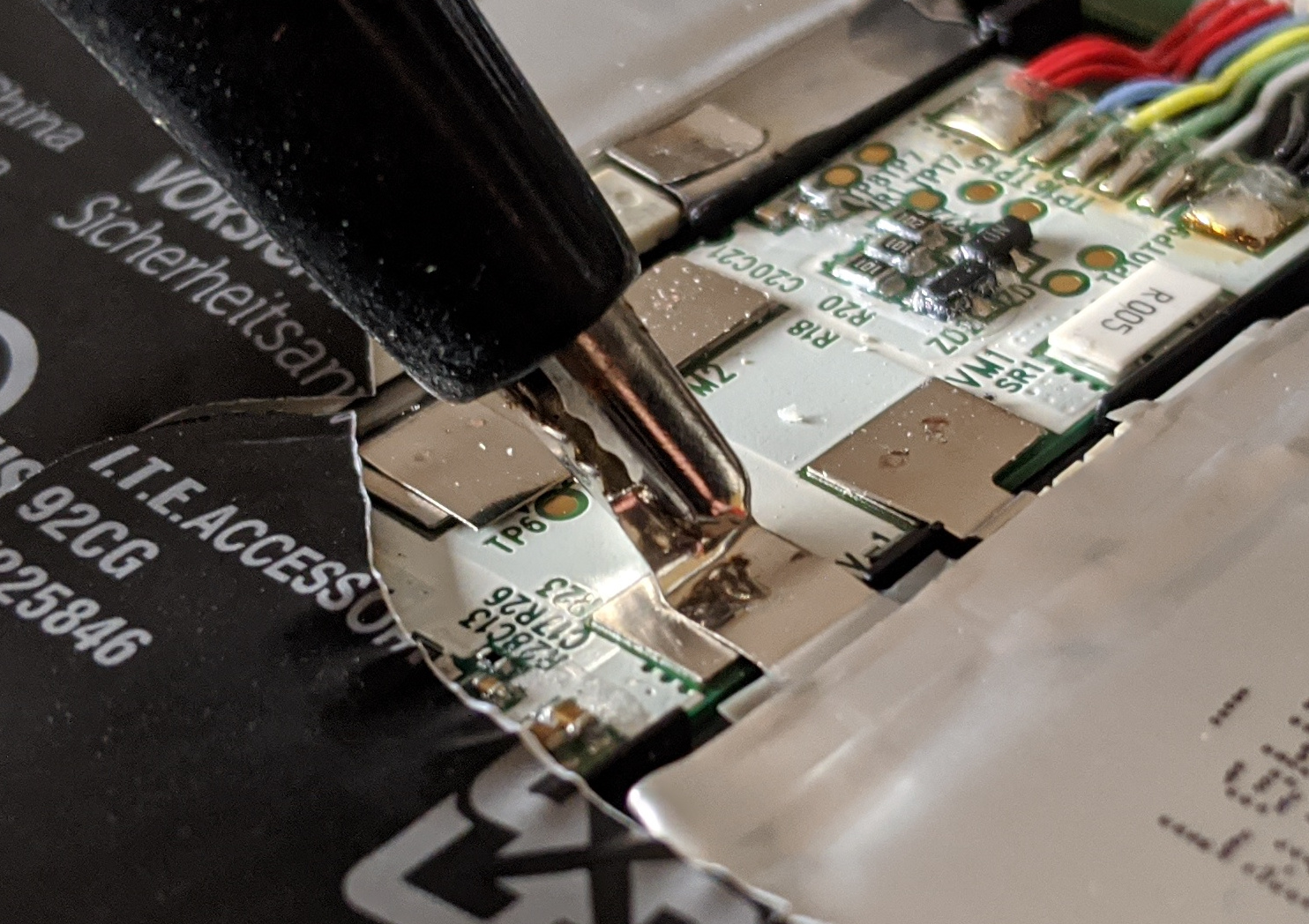 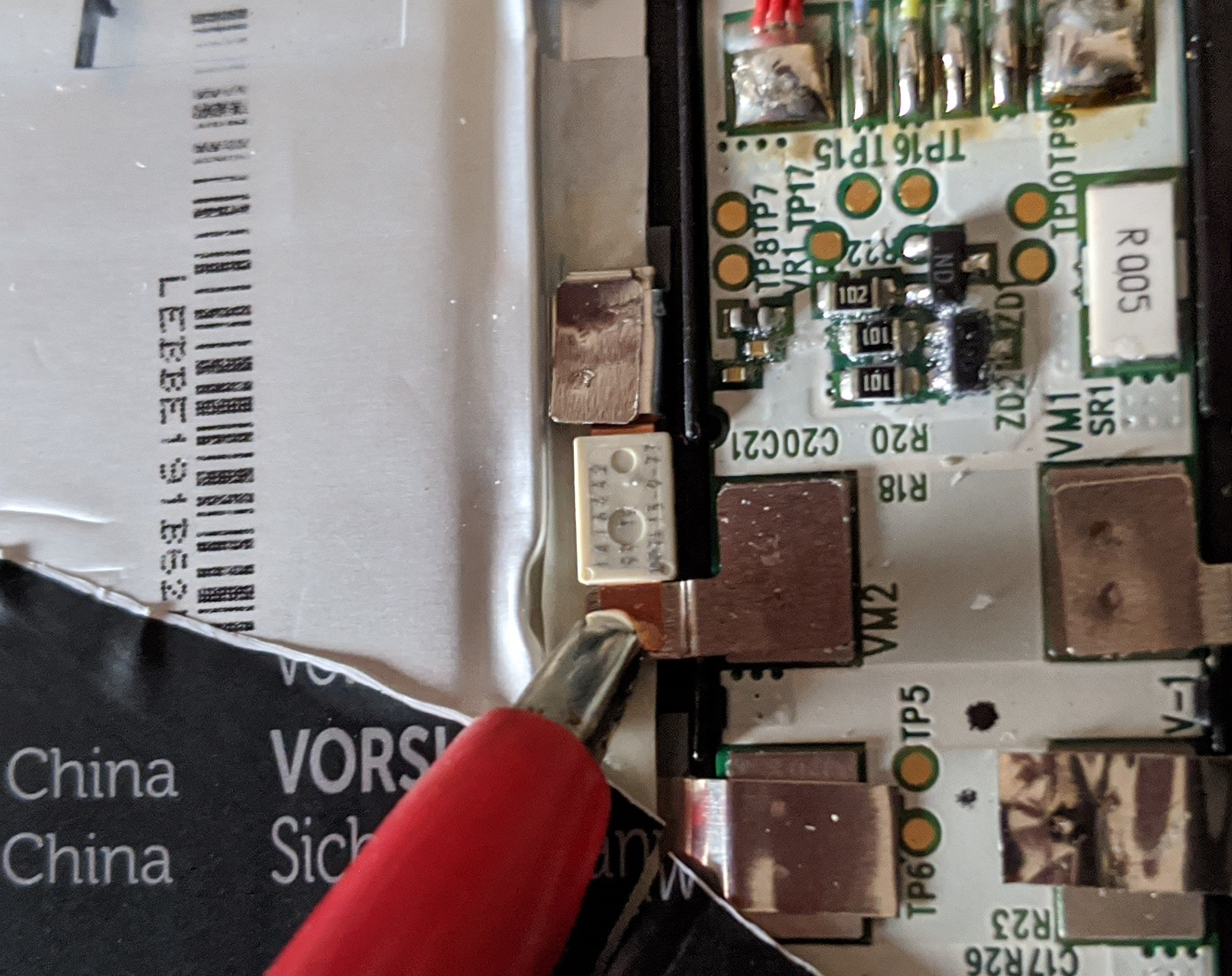